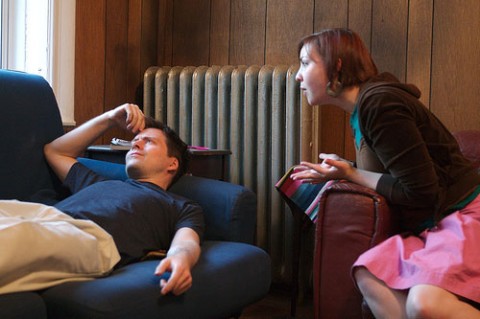 This is my kind of theatre: The Sublet Experiment.

The Sublet Experiment, a new romantic comedy by Ethan Youngerman, will begin an open-ended run on November 16th. Instead of using a conventional theater, The Sublet Experiment, which is set entirely in a New York City apartment, will be presented in a different apartment each weekend. Directed by Michelle Tattenbaum, the production will travel from neighborhood to neighborhood across the five boroughs and be performed for an audience of twelve at a time.

In The Sublet Experiment, a serial sublettor, a reality show reject and the worst bank robbers in history collide. It is a comic thriller about love, identity and identity theft as two young people try to find themselves but end up finding each other.

Unfortuantely the shows in my neighborhood, Carroll Gardens, are sold out already. I am bummed.