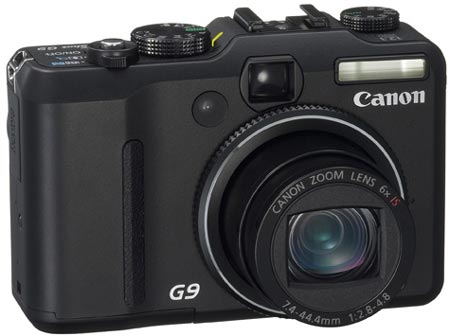 My point-and-shoot is literally falling apart and I am looking for a replacement. The Canon PowerShot G9

has caught my eye. Seems to be a good way to go for when I don’t want to schlepp my big SLR. Does anyone of you readers own this camera and if so, what’s the verdict?