In love with my new keyboard. 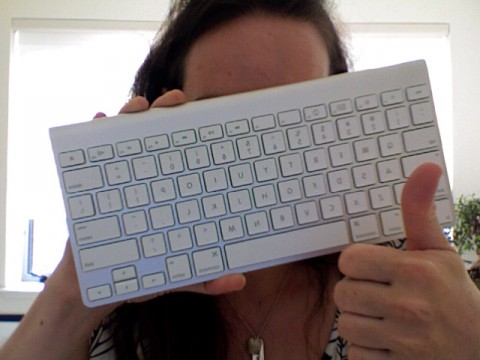 Completely in love with the Apple Wireless Keyboard. It’s Ultra-thin and completely cable-free. And it’s small enough to fit on my mini-desk. YAY!