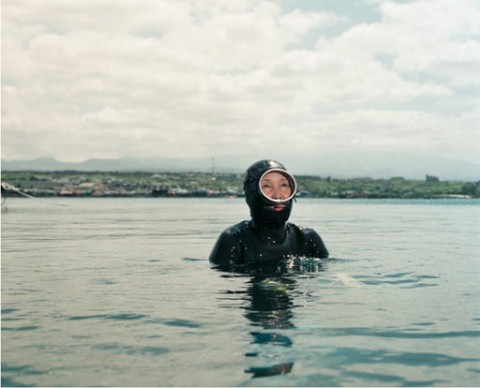 Raul points us to Ian Baguskas. His favorite of these is titled Haenyeo. He writes: Haenyeo translates as ‘sea women’ and is the name used for the female divers of Jeju Island. For about 3 centuries the woman have been diving up to 80 feet to collect octopus, abalone, and sea weed and until recently drove the economy of this island known for it’s many rocks, winds, and women. Korean tourism promotes the haenyeo as mermaids but it’s a a hard scrabble life and partially because of this, their numbers are declining precipitously. Only around 5200 are thought to be left, down from 20,000 in the 60’s and 40,000 in the 30’s. More than half are in their 60’s.