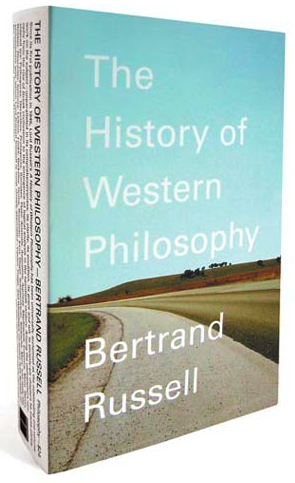 So here’s something I have *never* seen in someone’s portfolio: A small link to a ‘regrets’ section of a project. Spotted over on Paul Sahre’s site. The regrets paragraph reads:

Please note the ridiculous typo on the front cover, which in effect, re-titles one of the most important books of 20th century. I just noticed this today May 15, 2007, more than 4 years after this redesigned cover first hit the bookshelves. The correct title is “A History of Western Philosophy.” I wonder if Lord Russell would have been ‘philosophical’ about this? “Mr. Russell, the graphic designer thinks the title works better on the cover this way: ‘A’ would hurt the rag, ‘The’ works much better.” I am now sitting in my office, with my chin resting on my fist, thinking about the thousands of philosophy students who have read this book and NOT noticed this.

Oh, and by the way, here’s where you can get yourself a copy of A History of Western Philosophy

UPDATE: I’ve actually just spent some more time on Paul’s site and discovered and entire REGRETS section. How much do I respect and admire Paul’s honesty?! Wouldn’t we all have tons of material to fill such a section of our site with?