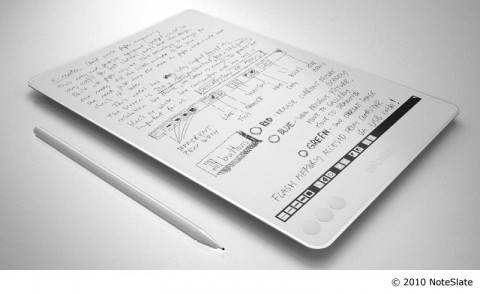 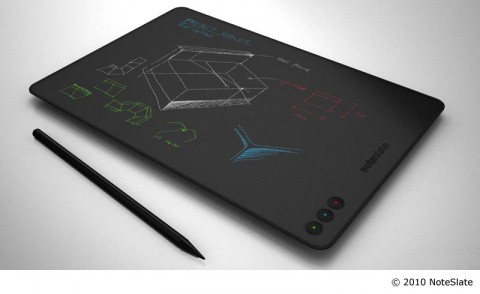 NoteSlate is low cost tablet device with a one color display. Use the compact and portable gadget anywhere you want to take notes. It allows for a up to 32GB SD card, is open to USB-mini. Interesting!