Is Mercury In Retrograde? 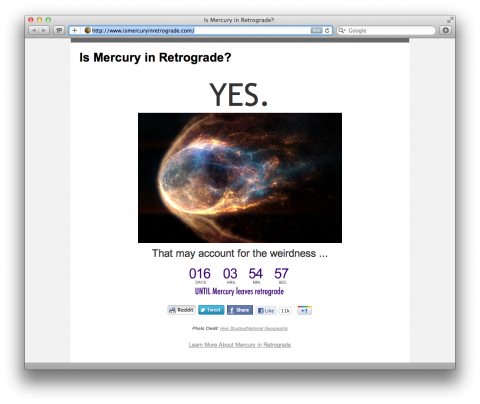 Is Mercury in Retrograde is a question I asked myself a lot last week. Now I know. Considering just how much went wrong during my trip to Switzerland, I am not surprised the answer is currently YES.

Don’t know what it means, when Mercury is in retrograde? Read up here.