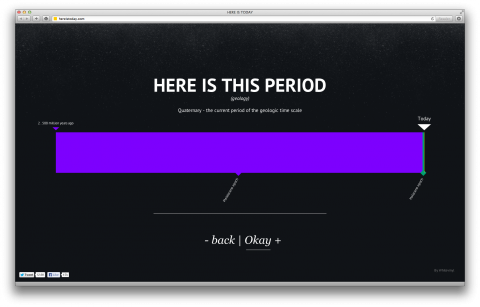 Here is Today, an interactive HTML5 site illustrating the scale of time on Earth.