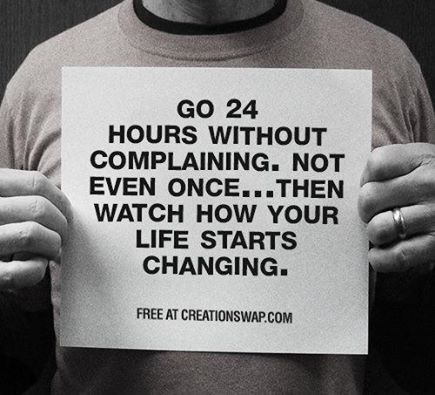 Can you go 24 hours without complaining? Let’s do this.