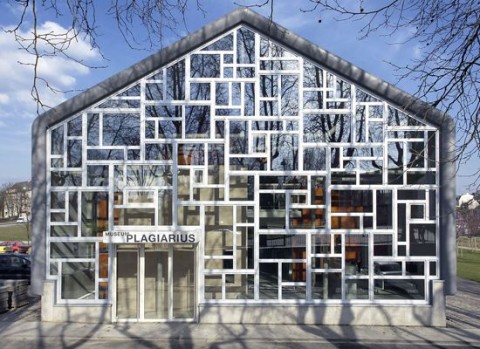 Finally! The Plagiarism Museum has opened it’s doors yesterday in Solingen, Germany, near Cologne. The museum’s co-founder, Rido Busse, a close friend of our family, has given the annual Plagiarius award to a handful of unscrupulous product rip-offs. Busse, a design professor, created the award in 1977 when he discovered that a Japanese company had copied a set of scales he had made for the German interior design company Soehnle Waagen. He decided to publicly shame the Japanese outfit by symbolically awarding them a prize—a black garden gnome with a golden nose—which he handed out at the Hanover Fair in the presence of the only journalist who decided to turn up. (Naturally, the counterfeiter didn’t show up to accept the award; it’s safe to say that was one bizarre ceremony.)

For a slide show of this year’s Plagiarius Award winners, click here.