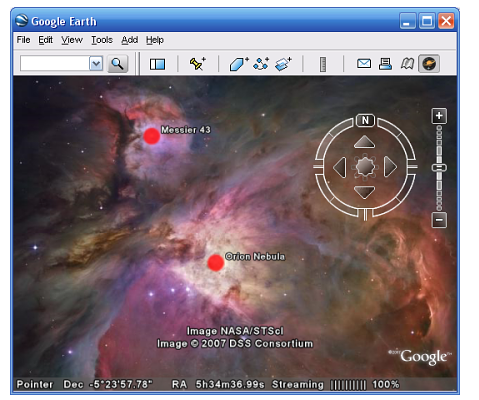 Google really has launched a service called Sky that lets you explore the heavens from within Google Earth. You get a 3D view of all the constellations viewable from earth, and you can explore them in 3D. 100 million stars and 200 million galaxies are included.

Apparently, the imagery is stitched together from more than 1 million images, with contributions from the Hubble Space Telescope.