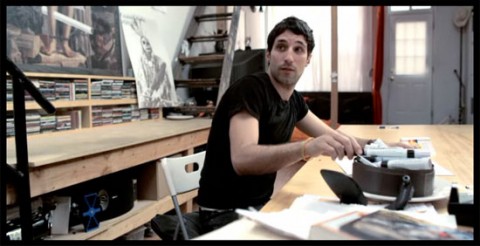 He has also recently completed a short film on the American artist Jim Dine, for the Getty Villa and a series of silent Obama ads for ObamaMinute that played on a four story jumbotron in Times Square.