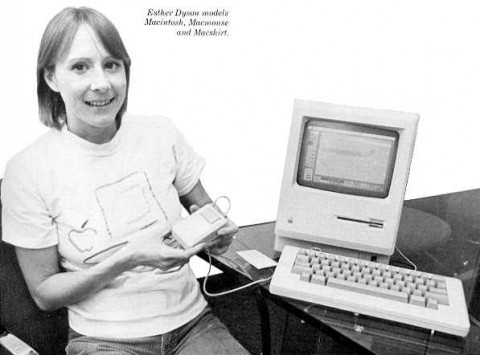 Here our metaphor begins to break down. Short skis really don’t work as well at high speeds, for good skiers. But that’s not necessarily true of short-ski computers. Currently, the Macintosh has only limited memory, but that’s more of a financial consideration than a fundamental design problem. There’s no reason the Mac can’t get more powerful without losing its essential character. In fact, the Macintosh uses the power of a high-technology 68000 chip (the same that’s inside many $20,000 computers) to make itself easier. It’s inherently more powerful than the harder-to-use IBM PC, but its power makes things easier, not tougher, for the user. Incidentally, when I told Don Estridge, head of the IBM division that developed the PC, that the Mac was short skis, he thought for a moment, then said: “Yes, but tall people need long skis.”

“The Mac On Skis“, by Esther Dyson