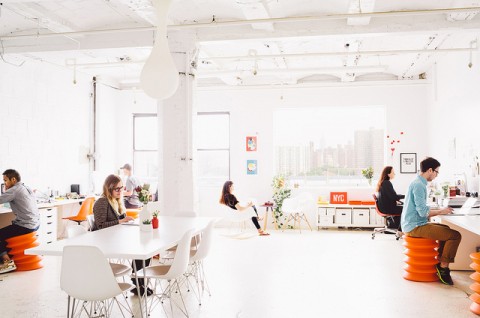 Here is edition #2 of the Studiomates Scuttlebutt, brought to you by Wesley Verhoeve. Every month Wesley gathers the most recent and newsworthy accomplishments coming out of our coworking space and delivers them to me on a silver platter, so I can share them with you:

– Meg Lewis is teaching a Skillshare class on Introduction to Web Design.

– Fictive Kin launched a new web site showing off some of their recent work.

– Jonnie Hallman discussed his design career, working at Studiomates, and designing for designers in a recent interview with The Industry.

– Kevin Huynh wrote about his mother.

– Bekka Palmer launched her photography portfolio site with work she has produced in the past year.

– GNTLMN is set to launch a pre-sale for their upcoming Brooklyn Picnic Quilt, a collaboration with 10 Jay neighbors Haptic Lab. Initially for newsletter subscribers only.

– The dates for Brooklyn Beta 2013 have been announced.

– Oak Studios launched their new CMS, Siteleaf, which was a collaboration with studiomate Jonnie Hallman, who has since joined Oak as a partner.

– Wesley Verhoeve was announced as the curator for WeTransfer‘s “Featured Creatives” program, and is taking submissions from visual creatives.

– Rolling Stone sent Kisha Bari out on assignment to shoot ‘A Day in The Life’ of Charli XCX for a 29 image photo feature.

– Erica Heinz designed and developed a microsite for The B Team, Richard Branson’s new startup to create systemic change in the business world.

– Open Recipes announced that it now has more recipes than Punchfork did when it was shut down.

– I’ll be giving a brief talk at Brooklyn Public Library this Wednesday.