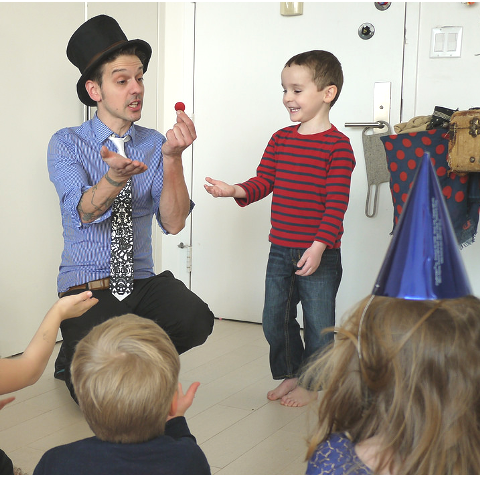 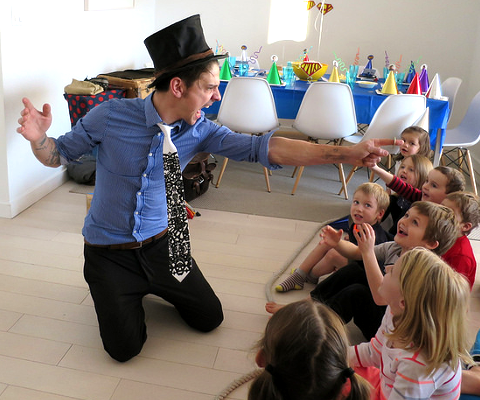 A few weeks before my son turned four, he expressed the wish of having a magician at his party. We had Looney Louie the year before, so I felt challenged to find a new magician. So, down I went a Google rabbit hole. Let me tell you, there are *a lot* of frightening magician websites out there. (someone’s gotta tell them about Squarespace) And then, I stumbled on Mario.

My son’s magician dreams came true when Mario showed up at our house on February 14th. He was fantastic, a magician at heart. Magic is his labor of love and it shines through in his performance.

I’ve learned that in addition to the hundreds of private performances he does every year, he is involved in a publication of a children’s magic card tricks book for Barnes & Noble and is performing for Lincoln Center. I am not surprised by his Magician success.

In 2012, filmmaker Kal created a short film about Mario, entitled Building Magic. In August of 2013, a successful Kickstarter campaign secured funding to extend Building Magic into a feature length film. Filming is currently underway, and the film is expected to be complete and ready for the film festival circuit in 2014. Here’s the trailer:

If you’re ever thinking of hiring a magician in NYC, consider Mario. Tilo and Ella couldn’t stop talking about his performance. And look at me, I am writing about it. He’s truly magic.