Will the Real Ernst Bettler Please Stand Up? 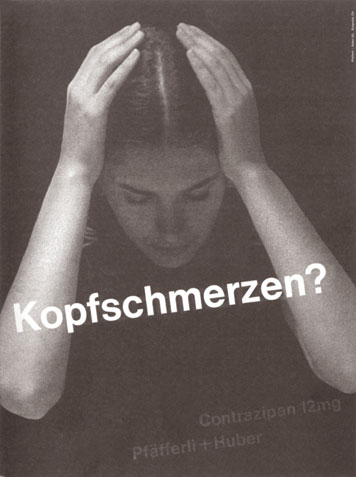 In the late 1950s, Bettler was asked to design a series of posters to celebrate the fiftieth anniversary of Swiss pharmaceutical manufacturer Pfäfferli+Huber. Aware of reports that P+H had been involved in testing prisoners in German concentration camps less than 15 years before, he hesitated, and then decided to accept the commission. “I had the feeling I could do some real damage,” he said later.

Read the full post over at designobserver. Made me think.