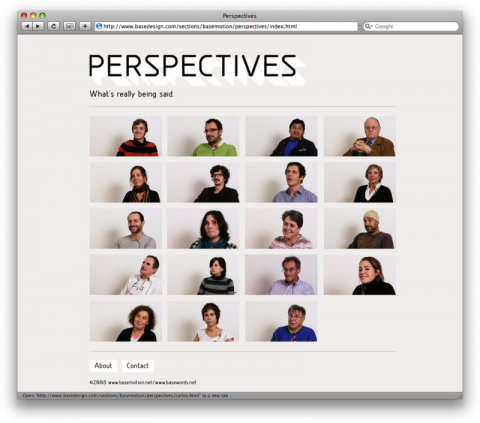 While interviews traditionally present what people say, in Perspectives the interviewees don’t actually say anything. With the spoken portion of the footage edited out, Perspectives leaves only body language, pauses for thought, and interjections to do the communicating.

Typically people think of “content” only as what’s literally being said. The content of “Perspectives” is based on the idea that what’s not being said says something of its own.