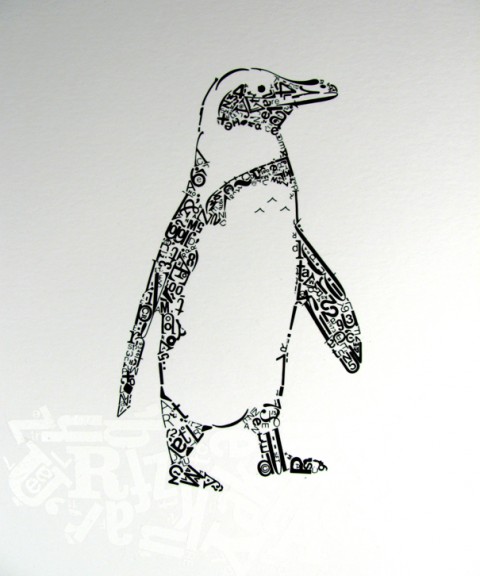 Marc Fischer and I share two things: Love for Penguins and Letraset. Now combine the two and you get an instant YAY from me.