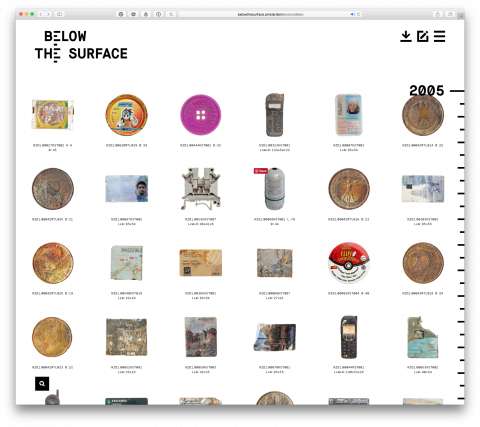 Below The Surface is an archaeological project of the North/South metro line in Amsterdam. At Damrak and Rokin in the city centre, archaeologists had a chance to physically access the riverbed, thanks to the excavations for the massive infrastructure project of the North/South metro line between 2003 and 2012. Rivers in cities are unlikely archaeological sites. It is not often that a riverbed, let alone one in the middle of a city, is pumped dry and can be systematically examined. The excavations in the Amstel yielded a deluge of finds, some 700,000 in all: a vast array of objects, some broken, some whole, all jumbled together.

So. Many. Stories! See all the objects.