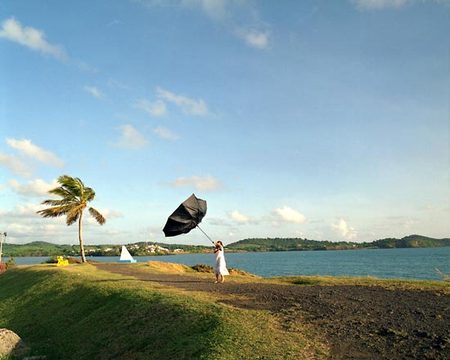 This definitely put a smile on my face. You have to know, I have a thing about umbrellas ever since I met my husband in an elevator – thanks to his umbrella. It was a rainy evening and I asked him if he was walking to the A/C subway stop by any chance. He did, and he walked me there under his (what I thought was a big) umbrella. Seeing this giant umbrella puts his into perspective though… hmm.. I wonder if he would have ended up with a harem instead just me as his wife would he have had that ‘big umbrella’. Ha!

“The big umbrella” by Alexandra Mir