workshop about art and space 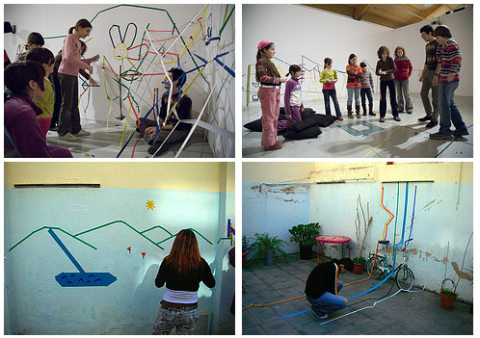 Jordi Ferreiro designs and leads workshops for kids to make art in and about space. He sets them free with rolls of colored tape, the same he uses in his own work. About his workshop at the Centre d’art La Panera in Lleida, near Barcelona, Jordi says:

“The kids was freaking out because they never have ABSOLUTLEY FREEDOM for drawing in the space, without paper and with the 3D possibility. They starting making really small rubbertape drawing, and later was have been constructing houses, spiderwebs… really really cool!”