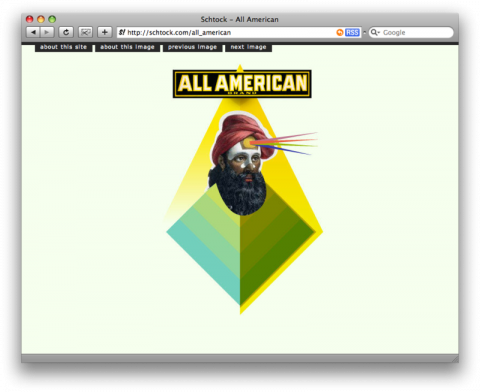 Anonymous works at a major stock photo company cataloging images. The majority of the stuff he works with will never see the light of day for no other reason than that most people don’t know it’s available to them. It’s a shame which he’s trying to remedy with schtock.com. As an amateur (???) designer, he occasionally can’t help but play around with the images he sees floating across his desk on a daily basis. (All the images you see on his site site were created with the preview thumbnails that anyone can access.)

I can’t shake the feeling but think that this will end up being a guerilla marketing campaign for one of the big stock photography sites. No?