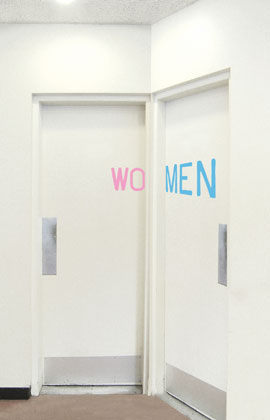 Julia made me look with this post about a smart bathroom signage solution by Aliza Dzik. (I only wish the type wasn’t in the stereotypical pink/blue.)