Typefaces of the World 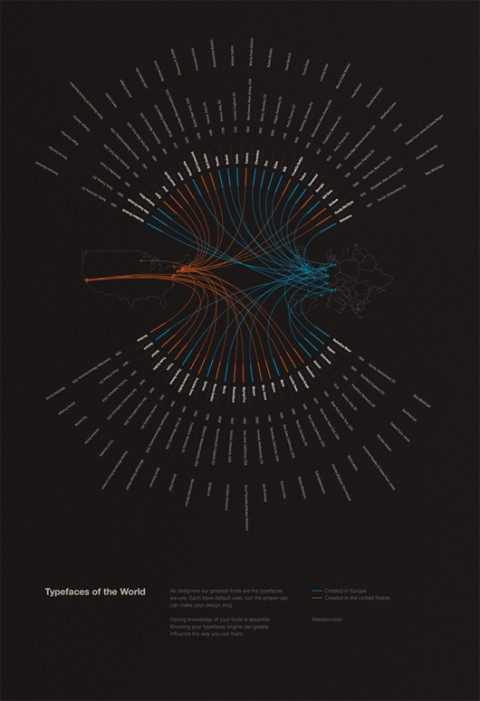 Typefaces of the World is a poster Shelby White created to show the typefaces that are most commonly used in a lot of today’s design. The poster includes information for each typefaces such as the year it was made, the location and the typographer. These 50 typefaces were chosen based on popularity and usefulness in present design. It was by mere coincidence that the typefaces were nearly split 50/50 between Europe and the United States. But it does show that the most prominent locations for typographers were in these areas.

What a beauty! I would love to hang one of these in my studio. Shelby says he is toying with the idea of adding a store to his site. Let’s hope he does soon! Typefaces of the World! Wishlisted!