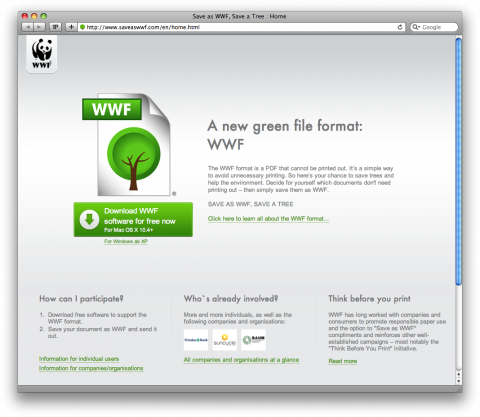 The WWF format is a PDF that cannot be printed. It’s a simple way to avoid unnecessary printing. So here’s your chance to save trees and help the environment. Decide for yourself which documents don’t need printing out – then simply save them as WWF.

Sounds pretty awesome: Just save it as WWF. What a smart move, WWF!