Jim Denevan on The Anthropologist 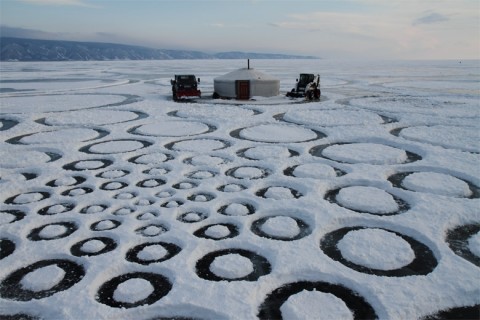 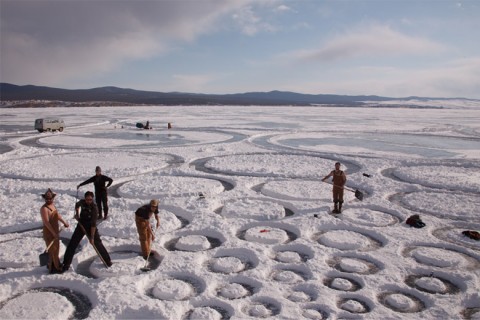 In March of 2010, Jim Denevan and his crew created a large scale artwork on the frozen surface of Lake Baikal, Siberia. The spiral of circles, along a fibonacci curve, grow from an origin of 18″ to several miles in diameter.

The project is currently featured on The Anthropologist and is the subject of an upcoming documentary directed by Meredith Danluck.

The Anthropologist is an online space that supports the work of inspiring individuals, brought to you by the people behind Anthropologie. As a company of artists, Anthropologie celebrates artmakers and their work, but also illuminates the complicated, messy and exhilarating process of creation.