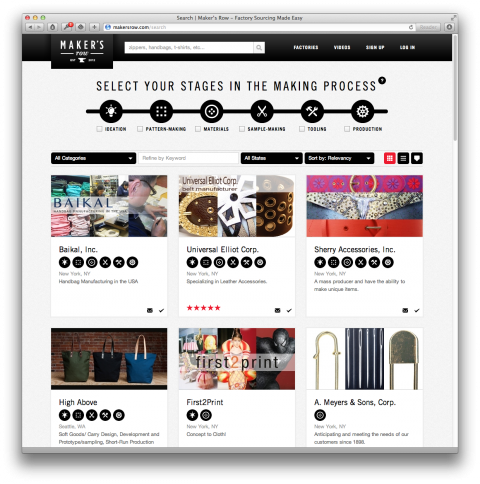 Have you ever toyed with the idea of making a product but then abandoned the idea immediately after trying to source a manufacturer? If the answer is yes, then you should read on. Maker’s Row is a brand new site by 3 young, smart New Yorkers trying to demystify the process of manufacturing products in the US. Their goal is to make the manufacturing process simple to understand and easy to access. From large corporations to first time designers, Maker’s Row provides unparalleled access
to industry-specific factories and suppliers across the United States.

I can’t applaud the team behind Maker’s Row enough and am impatiently anticipating categories beyond apparel. We produce Tattlys (and everything that goes along with it in the US) and we had our fair share of searching to do ourselves. We can’t wait to share the resources we found!