They / Them Enamel Pronoun Pin 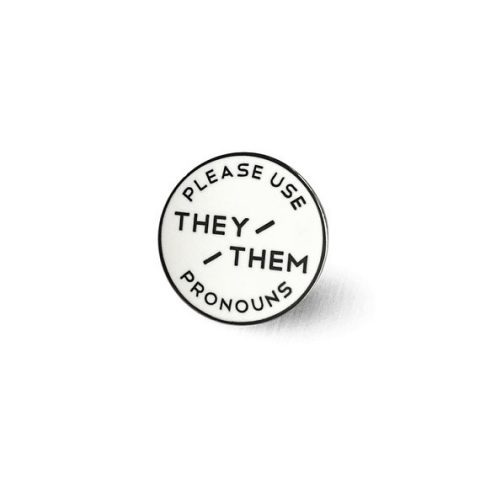 Last week, while buying new prescription glasses, the lovely person at the store was wearing this pin. It resulted in a wonderfully honest, open conversation around gender. It was a lovely moment. This pin made it happen. More of this.

100% of profits are donated to Camp Aranu’tiq, a nonprofit program serving transgender & gender-variant youth and their families.