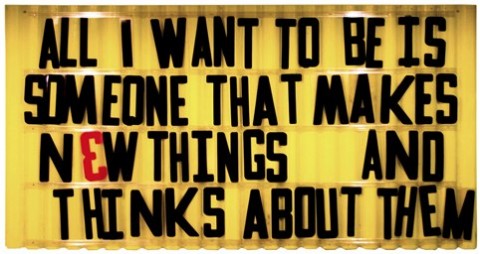 In April of 2007, John Maeda wrote a haiku entitled think-make-think and posted it to his blog. I think that it went relatively unnoticed. Over the next few months, that haiku often found its way to the forefront of my mind. When our studio, the Public Design Center, acquired the remnants of a discarded arrow sign, it was immediately clear to me that think-make-think was the perfect piece for the sign due to the haiku’s small size and its potency.