Here’s a nifty little graphic showing the difference between Arial and Helvetica. 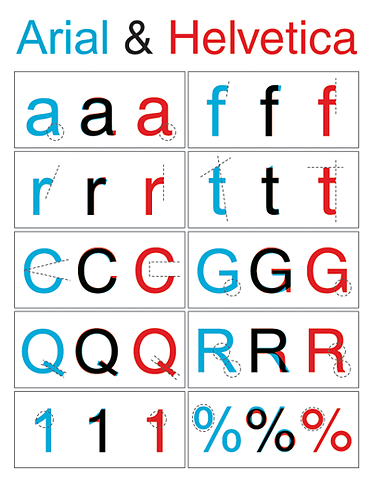 It seems to have been created by Raynor.