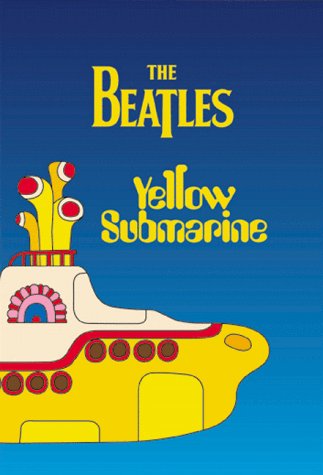 Now that we’ve watched When I am 64 about a hundred times on YouTube, I think it’s time I purchase the Yellow Submarine DVD. Ella and I are equally amazed by the psychedelic graphics in this DVD. For those of you not familiar with this awesome animation, Yellow Submarine is a 1968 animated feature film based on the music of The Beatles.

And I thought this was an interesting fact from Wikipedia:

The animation of Yellow Submarine has sometimes falsely been attributed to the famous psychedelic pop art artist of the era, Peter Max; but the film’s art director was Heinz Edelmann. Edelmann, along with his contemporary Milton Glaser, pioneered the psychedelic style for which Max would later become famous, but according to Edelmann and producer Al Brodax, as quoted in the book Inside the Yellow Submarine by Hieronimus and Cortner, Max had nothing to do with the production of Yellow Submarine.