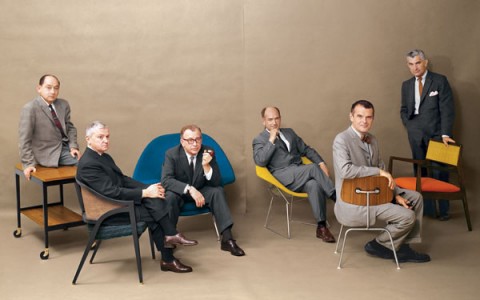 For fans of Mid-Century modern design, this classic image above from Playboy, July 1961 is like the Holy Grail. Design masters & fellow peers in their prime, beautifully captured in a time that was aesthetically crisp, uncluttered and innovative.