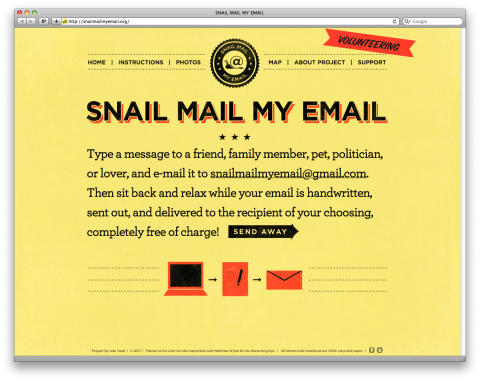 I heart the concept behind snailmailmyemail.org:

Type a message to a friend, family member, pet, politician, or lover, and e-mail it to [email protected] Then sit back and relax while your email is handwritten, sent out, and delivered to the recipient of your choosing, completely free of charge!