During the 8 months of this year’s Shopify competition, over 10,000 entrepreneurs created Shopify online stores that sold more than $55 million in products. The five businesses that sold the most over any two months of the competition each win a $50,000 US investment.

But not only that, the fine folks over at Shopify are also sending each of the winners on a trip to New York City to meet with the industry experts who served as mentors to the participants throughout the competition (Tim Ferriss, Daymond John, Eric Ries and moi).

I can’t wait to meet and hug Debbie Sterling, the winner of my category, Art & Design! Debbie is a female engineer from Stanford University and created GoldieBlox, a construction toy that encourages young girls to get into engineering, develop spatial skills and hone problem-solving abilities. What’s not to like? 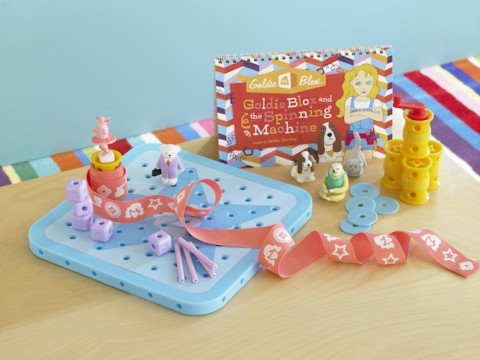 Congratulations to all the winners! And congrats to team Shopify for making this comeptition happen! I am honored to have gone from winner to mentor! Yay, for e-commerce! Yay internet!

Read about the competition over on the Shopify blog.

(A year ago, the phone rang at Tattly HQs and Shopify’s CPO, Harley Finkelstein, told us that we won the Shopify competition in our category! Oh, the memories!)