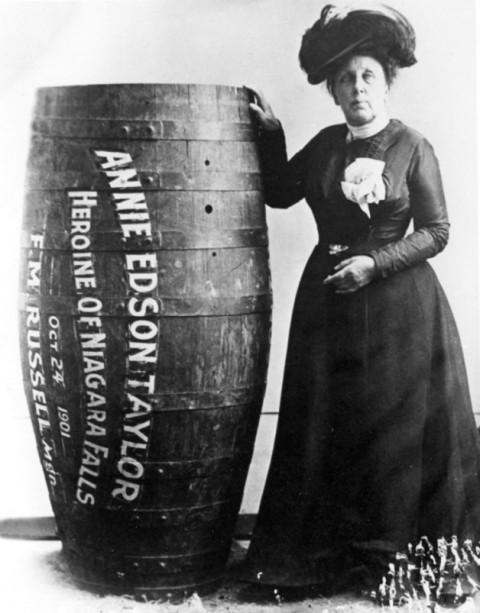 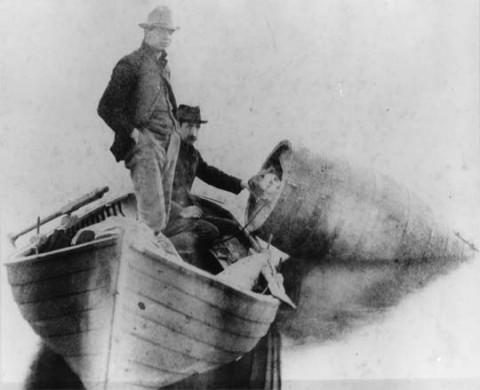 Annie Edson Taylor (1838–1921) was an American adventurer who, on her 63rd birthday became the first person to survive a trip over Niagara Falls in a barrel. The desire to secure her later years financially, and avoid the poorhouse, made her came up with the idea. The trip itself took less than twenty minutes. Afterwards she told the press: “If it was with my dying breath, I would caution anyone against attempting the feat… I would sooner walk up to the mouth of a cannon, knowing it was going to blow me to pieces than make another trip over the Fall.”

I am speechless. What a crazily courageous woman.

Update: She was mentioned in this Radiolab series.